Modification of the antibiotics use in animals rejected

Homepage News What´s new? Modification of the antibiotics use in animals rejected 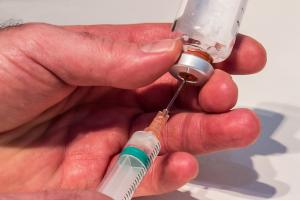 The European Parliament (EP) has discussed a proposal to modify the existing rules on the reservation of certain antibiotics exclusively for use in human medicine.

In mid-September, most farmers and breeders haven’t been aware of it, that there was a discussion of potential limitations of antibiotic use in animals. The European Parliament (EP) has discussed a proposal to modify the existing rules on the reservation of certain antibiotics exclusively for use in human medicine. If the European Parliament&apos;s committee* resolution obtains a majority of votes, the European Commission (EC) would be call to present a amend version of said rules. The resolution targeted, among other things, to drugs from the group of fluoroquinolones, 3rd and 4th generation cephalosporins, polymyxins and macrolides. Generally, it asked for defining exceptional conditions under which a HRAM (human-reserved antimicrobial) could be used in animals. The above-mentioned groups of antibiotics include a number of drugs - breeders and especially the health status of their animals would not do without it. It should be noted that the so-called indication restrictions already apply to some of these drugs. The draft resolution has received considerable criticism from, among others, EPRUMA - the European Platform for Responsible Use of Medicines in Animals (a group of veterinarians, farmers, veterinary drug manufacturers, feed manufacturers, zootechnics and zoohygiene professionals, etc.), which argued that there would be a significant reduction in the availability of antibiotics for veterinary use. In the end, the resolution was rejected by a large majority of MEPs, so that the original form of the regulation **, as presented by the EC, remains in force.

* Committee on the Environment, Public Health and Food Safety; MOTION FOR A RESOLUTION on the Commission delegated regulation