The company Bioveta, a.s. celebrated 100th anniversary since its founding with the employees 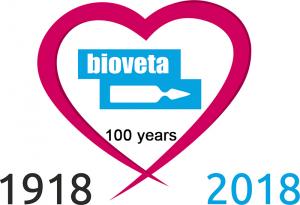 Bioveta a.s. has been operating on the market of medicinal products for veterinary use for incredible 100 years already. Despite the tough competition, Bioveta ranks among the leading producers on the market and exports its products to over 90 countries globally. This important anniversary was celebrated by Bioveta employees on 20 September 2018 inside the company premises.

On 20 September 2018, the Bioveta employees (nearly 700) met with their family members inside the premises of the company to celebrate the 100th anniversary of company founding. The celebration was organized in the form of an open-air festival with an interesting programme. Stars of the Czech and Slovak music scene, Michal David and the No Name band, performed their hits as the integral part of the celebration to induce and create the right atmosphere. Everyone enjoyed a pleasant afternoon. Even the smallest visitors, the children, had an amusing time in the bouncing castle or with BiBi, the Bioveta Beagle, mascot of the company.

Only a few companies globally can be boasted about such a long tradition and therefore the celebrations will continue. We wish Bioveta all the best and a lot of success to the next hundred years!